Happy As Can Be......and Other Interesting Things... 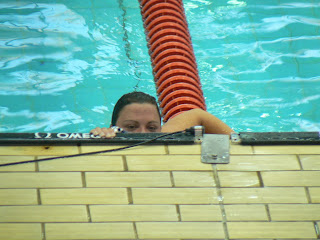 Now, what was my time? How did I place? 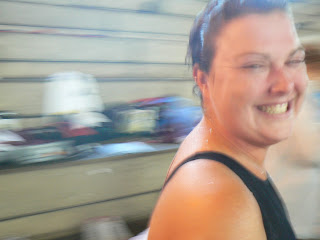 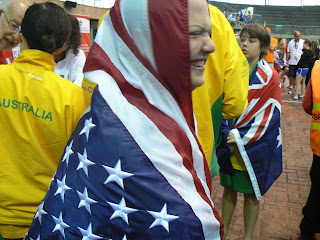 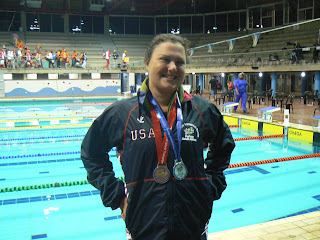 A silver and a bronze!

And now the story. Anna swam against the British locomotive.....and she gained on her like a zippy jet ski finishing just .3 of a second behind. Soooooo close! It earned her a silver and a giant smile. She was so satisfied with her performance and that she was beaten by less than a sec. And then, Anna swam the backstroke in the medley relay. The team came in third with another bronze. This was a giant accomplishment to medal yet again.....She has made her mark and now....no going back...Anna Modlin, the amazing swimmer is back on the scene! What a resurrection....We are all so excited for her. 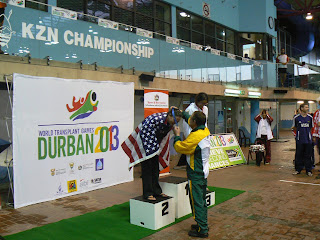 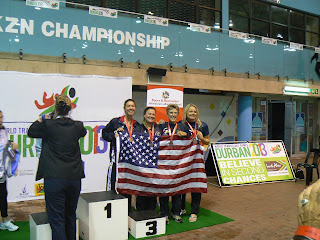 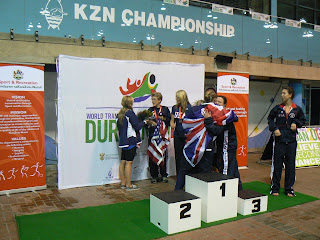 The "locomotive" and the "jet ski" hugging in congratulations! 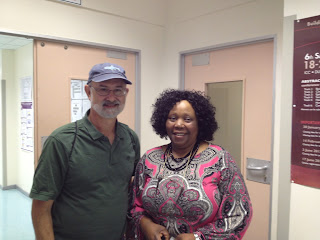 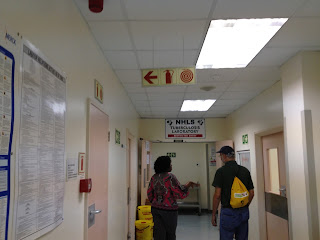 Anna's victories were sandwiched between two other rich experiences. This morning Doug had the opportunity to meet the director of the Microbiology Department and Lab at the university hospital. We got a tour of the TB lab. It is here where all of the TB cultures for the province is done. They discussed the problems of TB and Doug introduced the idea that Lawrence Livermore Lab may have technology that could be the subject of a collaboration. It was an exciting and very interesting meeting for Doug, me and Ruth Ann.

And then this evening Ruth Ann and I went to see a play.... 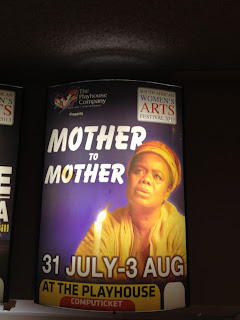 I saw posters for this play when we first arrived in Durban and so wanted to see it. It was so fantastic. It was a one woman play about the time when Amy Biehl, the American, was murdered in Cape Town in 1993. It was big news at the time. I remember it. The play takes the perspective of the mother of the young black man who murdered Amy. Through wanting to write to Amy's mother and connect with their shared tragedy, a deeply compassionate telling of the terrible event was portrayed. The story was told about what happened that day as well as the background of her son and the feelings of the people of South Africa at that time. It was captivating, moving and deeply thought provoking. We loved it. Following the play we were also taken with the beautiful art displayed in the theater. 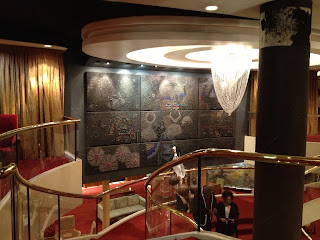 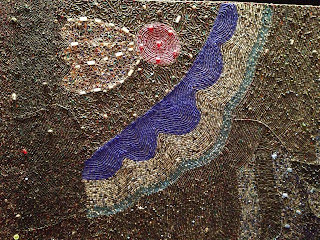 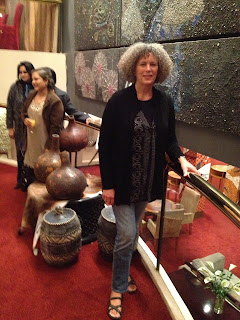 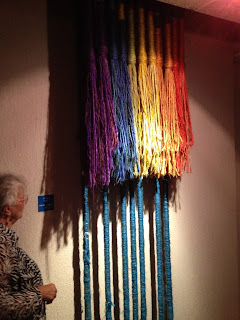 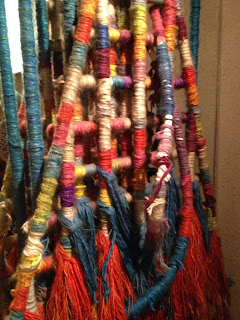 Today was a tapestry of science, art and dreams come true......


Meanwhile the Games continue until the closing ceremony on Saturday
and tomorrow the four of us go together to
The Valley Of A Thousand Hills....